BKS Iyengar is considered to be the father of modern yoga, as it stands in the world today. He was named by Time Magazine as one of the 100 most influential people in the world in 2004. During his long life, he received many awards, including the Padma Shri (1991), the Padma Bhushan (2002), and the Padma Vibhushan (2014). More importantly to his family and students, he was “Guruji” the bringer of light.

It is difficult to hold a lens on this man or to convey his contribution to the field of Yoga because to elevate any one aspect is, in a way, to diminish another aspect. Those of us who came into close contact with him will hold memories formed through individual experiences and significant insights but this does little to illuminate the man and his contribution.

Over a practice lifetime from the age of 14 to his death at 95 he practiced. He practiced like few could imagine. He practiced more intensely, for more hours each day and for more years than anyone. And what this delivered was a river of knowledge and a pathway to follow – the path of practice. Practice in this context is not a practice conducted to improve performance alone but practice to gain knowledge from one’s own experience.

He shone Light on Yoga from his earliest publication of the book of the same name, now with sales of millions and millions and having never been out of print since its first publication in 1966. This same book is known worldwide as the Bible of Yoga, and not only by his students but by millions of others learning the science, art, and philosophy of yoga.

His approach was systematic and methodical. He would practice upon himself to refine his understanding. This delivered refinements to the presentation in the asanas and led to the precise detailed instructions that characterise the teaching of Iyengar Yoga today. His own practice experience was applied to his students which delivered feedback on his techniques and methodology. He trialled and incorporated the results as his understanding grew. As any scientist seeks to ascertain results in a cause and effect paradigm he was rigorous and uncompromising. He was truly a scientist.

Iyengar’s science in yoga has produced many exceptional and original inventions that are used to shape the experience. We know them as yoga props. He created the props from the experience that was gained from hours of practice and from watching and responding to his students. A practice imbued with philosophy. His method of svadhyaya – self-study, was not only the long hours he devoted to practice itself; but from his reference back to his holy scriptures Patanjali’s Yoga Sutras and Svatmarama’s Hatha Yoga Pradipika.

His approach led his to work on those with injures and the development of Yoga therapy. Within his Ramamani Iyengar Memorial Yoga institute (RIMYI) in Pune, India classes continue to be conducted daily where students from across the globe come to learn modifications and develop a practice to address their individual needs and concerns. Senior teachers from across the world attend also to expand their understanding and exposure to working with injuries.

Yoga as an Art

Iyengar has often said he had to make the subject accessible to a modern audience. From his early years with his teacher T. Krishnamacharya he travelled to conduct lecture demonstrations. He developed the art of presenting the asanas artistically and his capacity to communicate the practice also. In doing so he refined the language to convey more than the descriptions of the asanas but the language conveyed the feeling of the asana too. He sought to map his inner world through practice and to communicate this when teaching. In this sense, it was truly an art in that it fulfilled the role of art in touching the inner world of those who attended his classes. For many of us, his teaching demanded that we map our inner worlds too. We took up the art of practice and through this, we became teachers also.

“Yoga is fundamentally an art, which ultimately evolves into a real spiritual performing art.”

The history of art in India is one of spiritualism. It has been and continues to be taught under the Guru-Sisya (teacher-student) system in which a student transcends their own identity to commune with something higher and which is then expressed through their art form. Music and fine art are examples.

His artfulness in yoga can be observed in his exacting form and symmetrical presentations of asana where his practice is underscored by alignment. Yet sadly it would seem, alignment is now poorly understood only as a utility of biomechanics and not the profound tool to study consciousness via the underlying wisdom of discernment.

Iyengar linked his practice to the Yoga Sutras of Patanjali. He saw himself as his son Prashant Iyengar notes that Yoga is a psychology. The link between art and philosophy is psychology. It relates to the human condition.

His irrefutable experience, vast knowledge, and colossal intellect can be seen in his descriptions of Prana in his book Light on Life where he writes that he ‘was touched to see that Mr. Stephen Hawking had changed his theory on black holes in that they can only absorb energy but has he now discovered that information does escape from black holes’. Guruji likened this to the yogic understanding that Prana is the source of knowledge and in no part of the universe can it be absent.

There was no lack of Prana in the life of BKS Iyengar, acharya, philanthropist, leader, teacher, and yoga practitioner. He awoke at 4:30 am daily retiring around 10:30 pm, with each day filled with an hour’s pranayama practice, and several more hours of practice in a hall filled to overflowing with hundreds of students all seeking his input and energy. Hours each day were spent writing books, articles, lectures, book forewords, and corresponding with everyone that wrote to him, including worldwide the Associations that represented him in over 50 countries.

Guruji, BKS Iyengar, has taken yoga into the 21st century by teaching us that the body is the tool used for the mind to learn: first itself and subsequently the deeper layers of this human existence. Not resting there in his own insightful practice, he developed methods that opened the path for us to conquer the fears and obstacles lain in the way of discovering the profundity of our existence.

He was both a traditionalist and a visionary. A Brahmin by birth, he followed is Hindu religion devoutly and observe the rituals. Yet he was a modernist in that he reformed the way the subject was taught and insisted that yoga could be learned by anyone. He travelled the world communicating this message to all who attended his classes, conferences, lecture demonstrations. He taught kings and queens, met with the Pope, the Dali Lama. He taught Krishnamurti, Yehudi Mehenuin to name a few.

As a teacher, he was demanding. This was often interpreted as harsh. He would not accept the pettiness and ‘I’ centred limits that we, as individuals, often set for ourselves. These limits so often reflecting our fears or desires were to be questioned, reappraised, and confronted. And what we, his students, found was that his judgement was often clearer than our own; he seemed to know us better than ourselves. Through his practice, he had searched himself to achieve a level of understanding of the human condition.

And now he is gone …………….. his soul has left his body. What lives on however is the practice. Yoga is passed from Guru to Sisya (teacher to student) and his students will continue to practice and to pass this on to their own students as they come into contact with the practice. 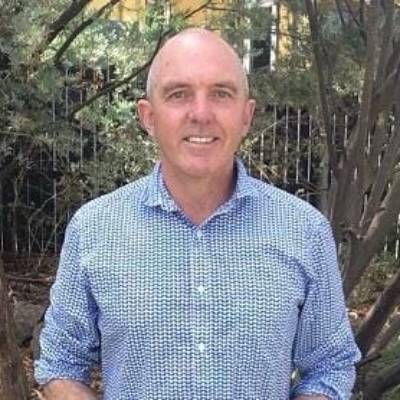 Alan Goode holds an Junior Advanced Level 2 teaching certificate, and is the Director of Yoga Mandir. 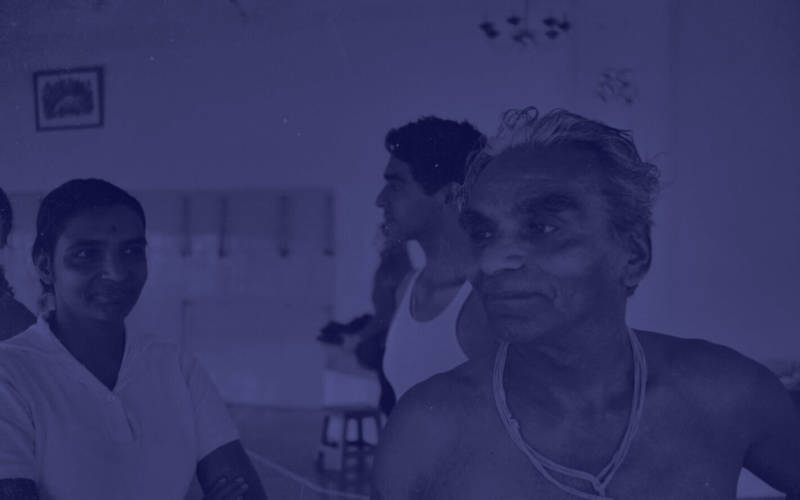 Transcription from the Sydney Convention 1992 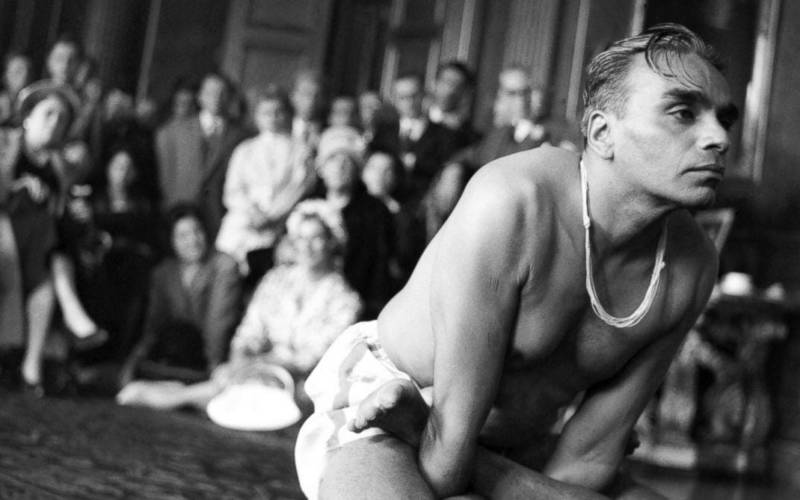 The Teacher Who is a Pupil Within is the Real Teacher

BKS Iyengar writes about teaching yoga and how humility can be a tool for teachers and students alike to create a harmonious and open connection towards enlightenment. 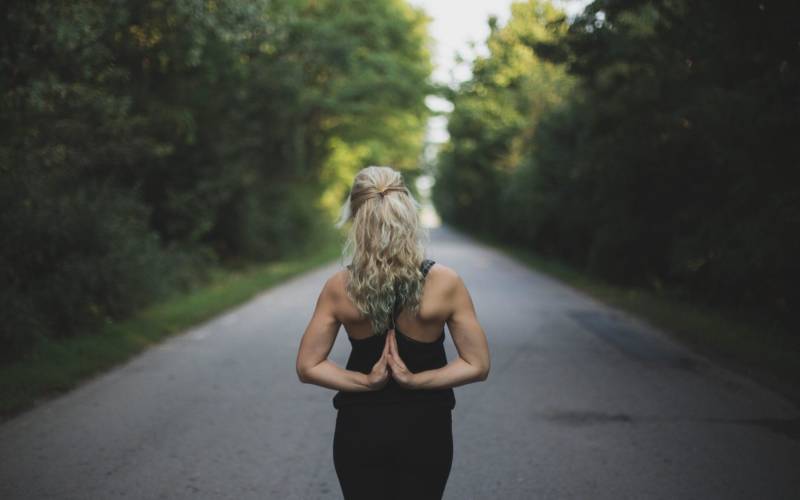 A compilation of Iyengar Yoga principles & guided exercises to experience them.