A look at how to do Sarvangasana (Shoulder Stand) in the Iyengar method. 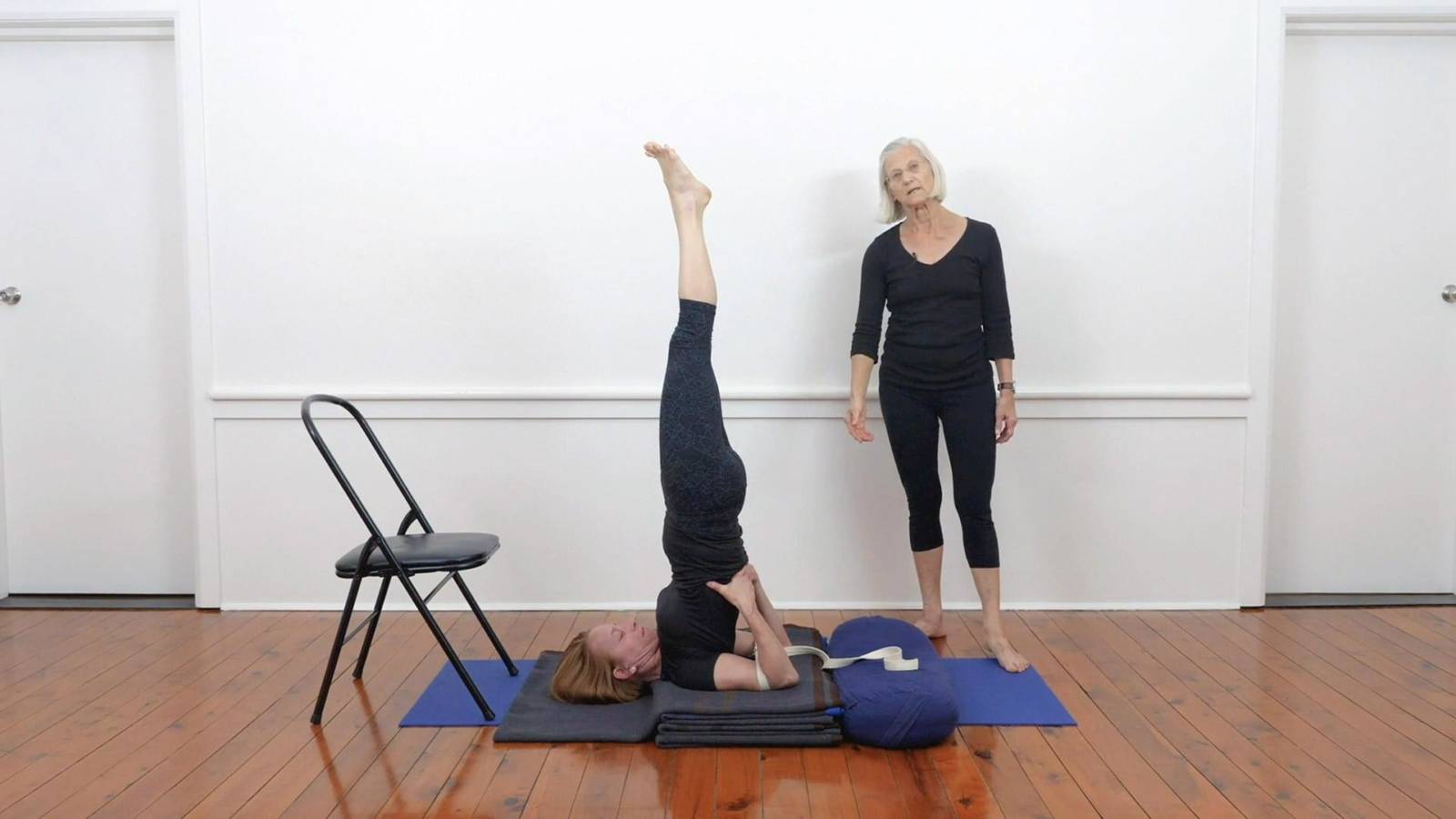 What is Sarvangasana (Shoulder Stand)?

Known as the Mother of asana, it is considered one of the most important of all poses. While initially some effort is required to maintain the lift, with practice it becomes a a quieting and cooling pose. It is generally done towards the end of a sequence as the mind and body wind down. It may be done earlier, provided it is followed by other quietening poses such as the supported forward bends.

It is the counter pose to Sirsasana, and as a minimum it should be done for as long as Sirsasana. It may, however, be done on its own or held for a longer time. It is typically introduced to beginners well before Sirsasana is taught.

When to use Sarvangasana (Shoulder Stand)?

The position of the head and chin, have a direct positive impact on the Thyroid and parathyroid glands. The inversion allows venous blood to flow back to the heart with less effort by the heart, thus restoring and resting the heart. Other benefits include improved sinus and nasal functioning.

The soothing effect of the pose assists in calming the nervous system, reducing stress and tension and can assist in improved sleep. The inverted position has an impact on the abdominal organs and can assist in relieving constipation, improve functioning of the abdominal organs and assist to counter urinary disorders. Sarvangasana is said to bring back lost vitality.