A look at how to do Prasarita Padottanasana in the Iyengar method. 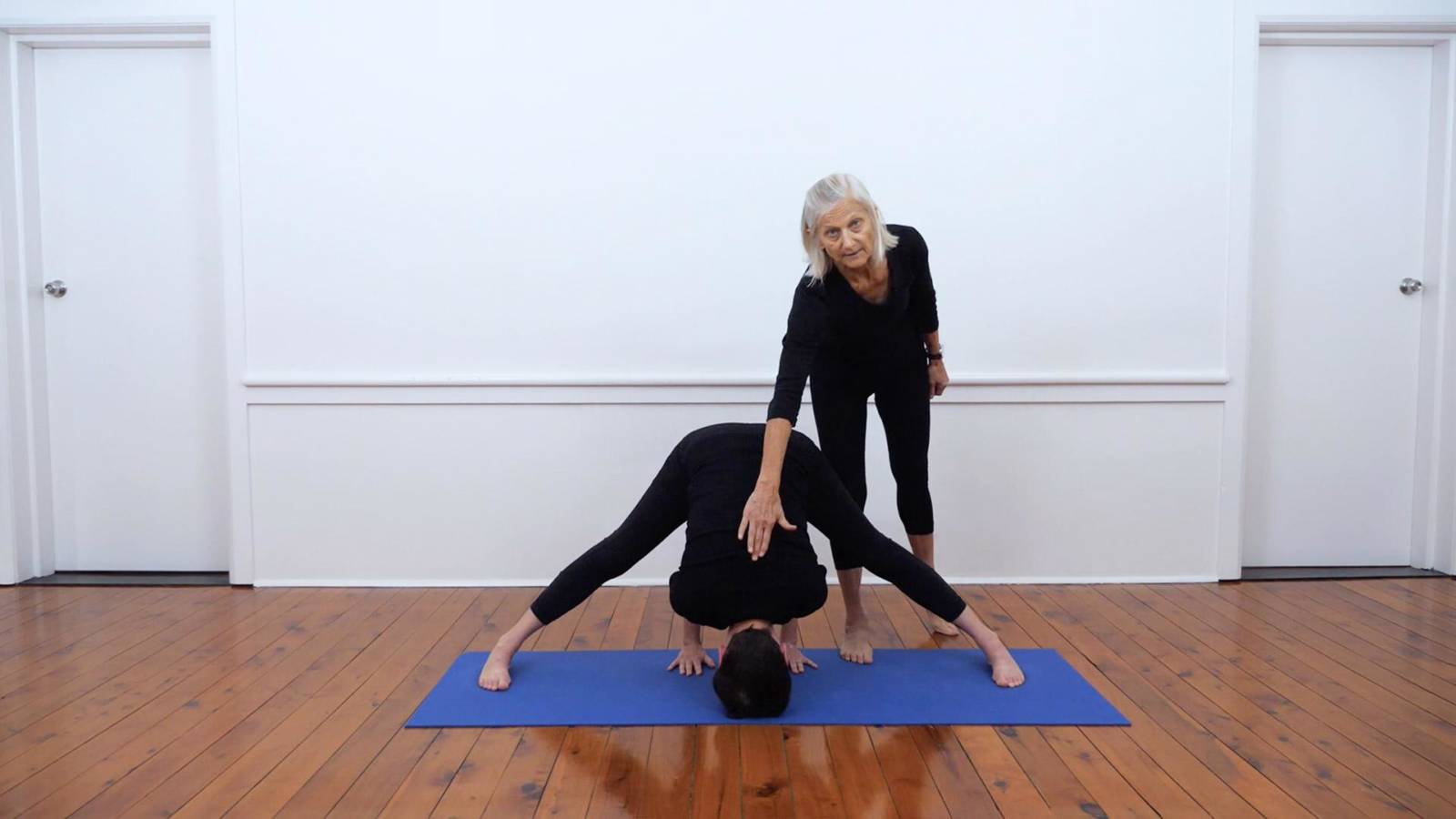 Having the widest stance of the standing postures, Prasarita Padottanasana brings firmess to the leg muscles and elasticity to the spine. The pose can be practised in two stages: first, “concave back” is learnt, to bring the back ribs in and to open the collarbones and lengthen the spine.

Later, the crown of the head is taken down and placed on the floor or on a support. Here, the length of the spine should be maintained, even as the forward-folding action deepens.

When to use Prasarita Padottanasana

In classical sequencing, Prasarita Padottanasana can often be placed immediately before Salamba Sirsasana, Headbalance. It forms a good “bridge” between the standing poses and Headstand. Prasarita Padottanasana teaches students how to work the legs while quietening the head. It also teaches how to lift the shoulders against the pull of gravity—an important action for Headstand.

If Sirsasana is not yet being practised, or if contraindicated due to menstruation, latter stages of the cycle, illness or injury, a good “mini sequence” might be: Uttanasana, Adho Mukha Svanasana, Prasarita Padottanasana — to get some of the beneficial effects of the head-down position found in Headbalance.